The longtime home of strip club Déjà Vu Showgirls Nashville has been sold, paving the way for a future redevelopment that city leaders and other area stakeholders see transforming a major entrance into downtown. 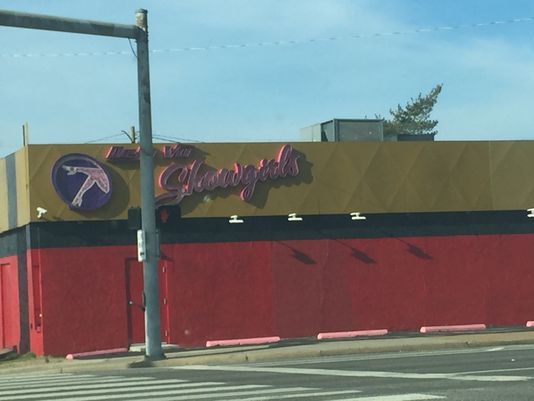 "Moving that establishment out of the front door just opens up a lot more development activity and sends a good message that it’s a different and new Nashville," said Rich Riebeling, the city's chief operating officer.

The strip club isn't going away just yet. Under terms of the sale, Déjà Vu will continue operating at its location for 18 months. In a statement, the gentlemen's club said  Arnholt agreed to assist Déjà Vu with finding a new home.

For years, Arnholt and his business partner Jim Caden had sought to buy the Déjà Vu property. The purchase gives them more flexibility in designing a redevelopment project for the city block bounded by Demonbreun, McGavock and 12th and 13th avenues south. They either own or lease roughly 2.5 acres in the area, including the former home of Access Car Rental at 1204 Demonbreun and the building at 1207 McGavock, where Caden has his offices.

Arnholt declined to provide details on components of the planned redevelopment project, but referred to the just over half an acre he just bought as "an important piece of property to the city."

Property records show a sliver of the overall 2.5-acre redevelopment site is owned by Ray Hensler, who is coming off successful sales of his 268-unit Twelve Twelve condo tower where only a handful of developer-owned units remain available. In addition to Twelve Twelve at 12th and Laurel in the Gulch, Hensler also co-developed the successful The Adelicia condos near Vanderbilt.

"I think that will be an exceptional location for another high-rise condominium building," Chad Wohlers, a broker with real estate agency Parks in the Gulch, said about part of the overall 2.5-acre redevelopment site. "The market is ready for it again."

Durand, Mich.-based National Land Co. LLC and McGavock Street Nashville Property LLC were the sellers of the Déjà Vu property and the office building at 1301 McGavock St. A pain management clinic was the most recent known tenant for that vacant office building.

In fall 2013, an affiliate of Nashville-based real estate holding company Vastland Cos. paid $1.15 million for the home of Gabrielle's VIP Club on Hayes Street in Midtown, though that gentlemen's club remains the tenant for now.

In June 2014, hotelier Roshan Patel and four other partners bought the home of Cabaret Royale Gentlemen's Club at 500 Fifth Ave S. Patel plans to honor that strip club's existing lease, and eventually build a luxury hotel at the location.

And the former home of the Brass Stables Jockey Club in Printers Alley is within footprint of a boutique hotel development planned by a local partnership that includes Nashville real estate developer Bill Barkley and investor/developer Alex Marks.

Locally, Arnholt was involved with partnerships that bought the former Colonial Bakery property on Franklin Pike and later sold a portion to a multifamily developer. He was also involved with purchase of the site across from Nashville Electric Service's main offices on Church Street, where Atlanta-based Pollack Shores Real Estate Group has construction underway on The Gossett, a mixed-use building with 376 apartment units plus retail and parking garage space.

Arnholt's business partner Caden has been a key investor in the area between the Gulch and Music Row/Midtown for decades.

Between 1999 and 2005, Caden converted several properties into the strip of shops and restaurants on Demonbreun Street that's home to businesses such as the Tin Roof bar/restaurant and Off Broadway Shoe Warehouse. Upon selling that property, Caden began investing in the Gulch with a concentration along McGavock Street.

Riebeling, Metro's chief operating officer, would like to see a development project on the Déjà Vu and adjacent properties that generates a lot of taxes. "It’s a great location and it has a lot of possibilities," he said, citing any future development extending the Gulch even further.

"It would allow for a quality redevelopment of what has become the gateway to the Gulch, along with buildings further down Demonbreun, including the Music City Center, Hall of Fame, Symphony Hall and new Bridgestone headquarters currently under construction," added Barry Smith, president of Eakin Partners.

Nashville-based commercial real estate firm Eakin is developing the 15-story, 285,000-square-foot office building at 1201 Demonbreun, which is expected to open this fall across from Déjà Vu.

"Those three properties in a row give us an opportunity to reimagine our approach to downtown," O'Connell said. 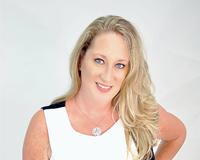 Being a REALTOR® is my passion. I truly love helping people buy and sell real estate. It is so rewarding to see the joy I bring to my clients when they buy their dream home or sell an amazingly reno....

NASHVILLE— Kathleen Ervin moved here 12 years ago from the Northeast, drawn to the relaxed atmosphere, green parks and relatively low cost of living.But in the past five years, her commute time

A new BBQ restaurant, specializing in artisan smoked meats, will open in Cool Springs next month.Hogwood BBQ announced they will open at 600A Frazier Drive, Suite 100, behind Walgreens and across

Spring is very much upon us, and it’s shaping up to be another busy season for Nashville restaurant and bar openings. And while deadlines always shift, this is what we expect to see in the next

Spring Hill’s planning commission approved an initial plan to build 624 multi family units at its meeting on Monday. The development, located at the intersection of Old Kedron Road and Reserve

By registering, you agree to our terms of use and that real estate professionals and lenders may call/text you about your inquiry, which may involve use of automated means and prerecorded/artificial voices. You don't need to consent as a condition of buying any property, goods or services. Messages/data rates may apply.